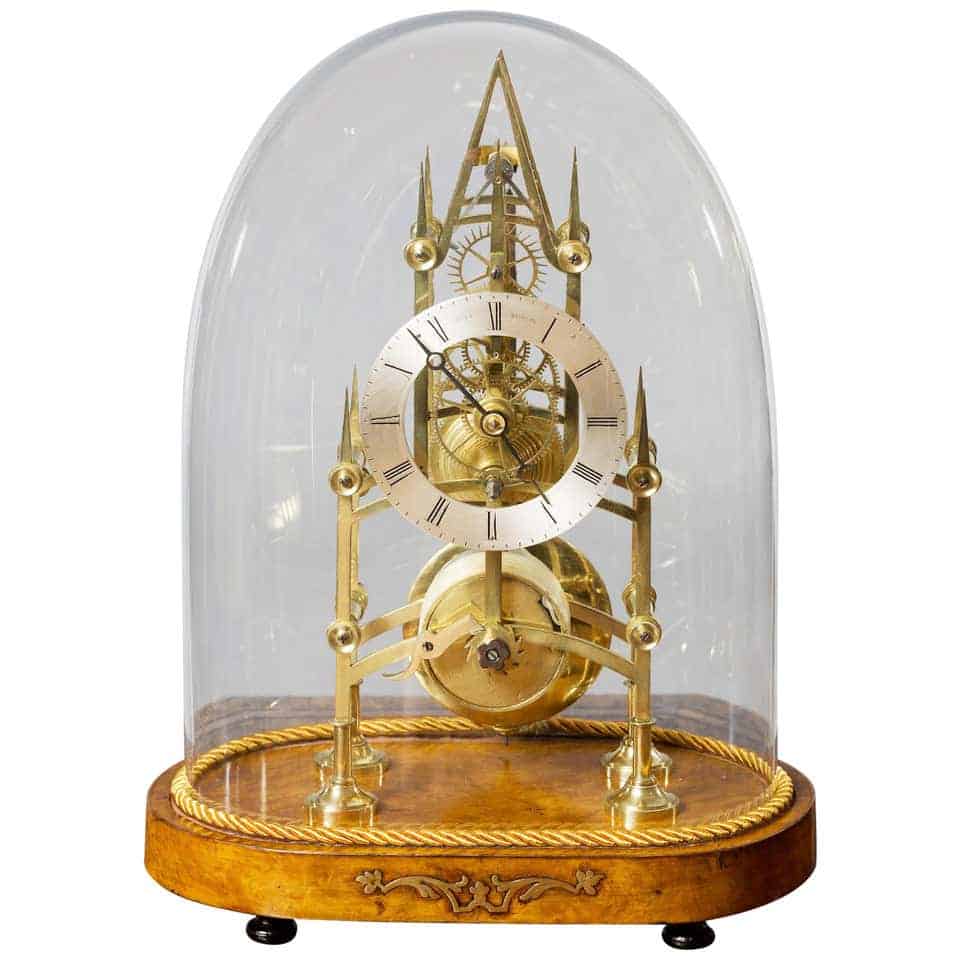 Wyoming Estate Sales and Auction Company curates all types of mantel clocks for auction or public or private sale. Whether it’s a single clock or a lifetime collection, Wyoming Estate Sales and Auction Company works on behalf of collectors, investors, individuals, and estates to achieve top dollar for all personal property. Whether the clocks are Louis XVI clocks, Empire clocks, Napoleon III, French Neoclassic clocks, Clocks from Spain, metal, stone, marble, or porcelain mantel clocks we have buyers for all types of clockworks.

One of the most notable clocks ever sold was the Cartier “flamingo and lotus” clock for $1.2 million in Hong Kong in 2013. The clock was created in 1980 and is covered in 190 carats of diamonds which supports it’s value. Some consider it to be gaudy as it is a flamingo standing on one leg next to a lotus flower.

Another notable clock is the the “Magpie’s treasure nest” clock which was created by Patek Philppe.  The pieces consists of a magpie bird feeding her baby bird in a nest. The clock is made of precious and semi precious stones. Agate, onyx, and calcite, as well as 24.95 carats of diamonds and 13.17 of rubies but the crown jewel on the piece is a 104 oval carat tanzanite hanging from the beak of the mother bird. This clock was last sold for $2.3 million, also in Hong Kong.

The most expensive clock ever sold at auction however was the Duc d’Orleans Breguet Sympathique clock created in 1835.  It is made of tortoiseshell and gold that actually boosts two clocks, one being an additional pocket watch perched at the top of the clock. Post restoration the clock sold for over $6.8 million.

Some of the most desirable clocks are from centuries ago and although many are in museums there is a large market for mantel clocks through private sale or auction.