If you have any pieces with this style, we have buyers for you. 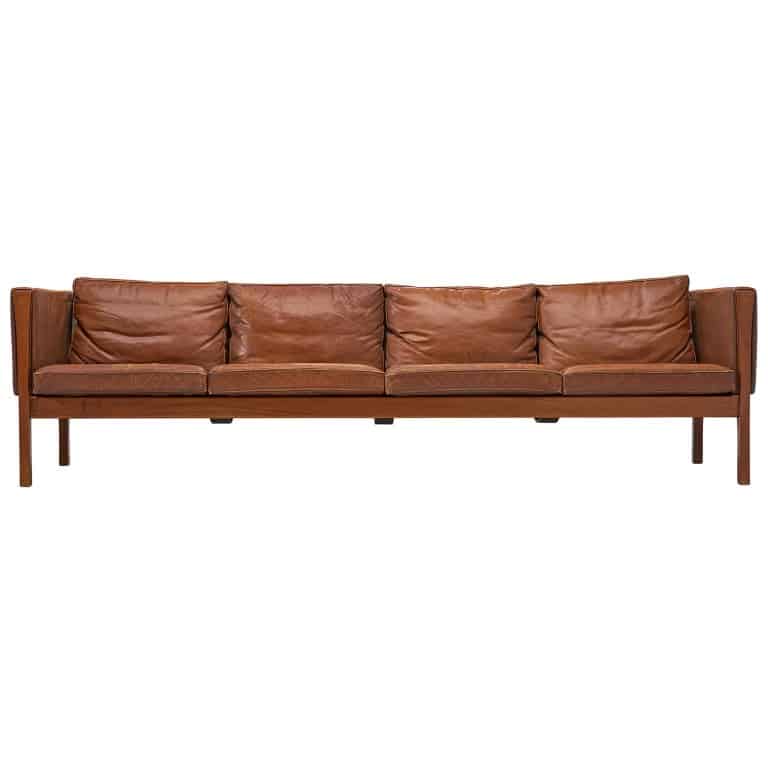 Hans J. Wegner is best known for his chairs and seating although he has designed and produced tables, lighting and other accessories as well.  Wegner was an icon designer in the mid century and some of his pieces are extremely valuable, such as the Papa Bear lounge chairs with quilted back, pointed back corner detail and triangle shaped arms. A pair of these in good condition in leather can fetch as much as $40,000.00. But that is not the top of the list. It is said that Wegners 1940s Teak and Black Leather Chieftain’s Chair is valued at over a quarter million for anyone with the desire to buy.

Wegners designs are often described as elegant, but I think they are better described as casual, and “Danish Modern”.

Wegner believed that a chair should first be comfortable and sturdy over everything else. There was a big “practically” movement in tje mid century and Wegner was a great part of it.

Many of Wegner’s best designs were the “Peacock chair” (designed 1947), the “China chair” series (begun in 1944) and the 1949 “Wishbone chair”. Wegner’s comfy “Papa Bear chair” is his version of a wing back chair of today.

One of Wegner’s most famous display was, the “Round chair” (1949), when it appeared on TV at the first Kennedy-Nixon debate in 1960.

Pieces like these as well as by other mid century designers like Arne Jacobsen and Finn Juhl are highly regarded by collectors.  If you have any pieces you are interested in selling, we very likely have a buyer for you. Contact us for a free consultation and perhaps we can be of assistance.